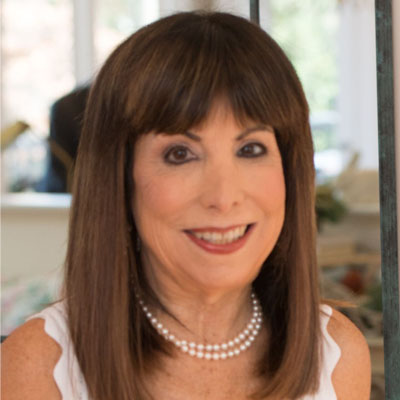 Mindy Farber founded the Johns Hopkins University Women’s Center, was vice president of Omicron Delta Kappa, served on the Arts and Sciences Curriculum Committee and managed to graduate at the top of her class, Phi Betta Kappa.

Farber had an illustrious legal career, and her civil rights practice has been featured in the Legal Times, the ABA Journal, the Washington Post and the National Law Journal. She litigated groundbreaking cases that led the District of Columbia to change its epilepsy laws and the United States to change its accommodations regarding transgender people. She won overtime pay for the Montgomery County police, and was a groundbreaker in the Federal courts deciding that English should not be a requirement in the workplace when the worker did not need to speak English to perform well. She was national legal advisor to the National Organization for Women, the National Cancer Society, the American Association of University Women and the National Epilepsy Foundation. Locally, she was vice president of the American Civil Liberties Union, a commissioner on the Commission for Women and the Human Relations Commission and president of her civic association.

She was president of the women’s bar and was on the executive committee of the larger bar association. She founded the Friends of the Allegany County Animal Shelter and saves countless at-risk dogs nationally
all week long. She has given testimony that led to laws in Montgomery County, the State of Maryland, and Delray Beach, Florida, forbidding pet stores from selling dogs, and was written up for that work in newspapers and on television as well.

It is her lifetime work for Johns Hopkins that truly shines. She was one of the first members of the Second Decade Society and served on its first executive committee. For all four years that her daughter Emilie (’06) attended Hopkins, Farber was president of the Parents Association, eloquently introduced President Brody at each year’s parents’ weekend, and greeted parents at breakfasts and lunches. She organized the groundbreaking reunion of the first women undergraduates in 2013, with 42 of the surviving 45 attending. She founded a scholarship in the name of her parents when her mother retired as a New Jersey council member. Farber hosted send-off parties at her house for 10 years in a row, with more than 100 students and parents attending every year. She was on the executive committee of the DC alum group, and hosted readings, concerts and lectures at her house for Hopkins alumni for many years. Farber taught undergrads about the law during intersession for five years. She was chair of perhaps the most successful college reunion in history, her class’s 40th, which broke records for attendance and fundraising. This past year, she and her husband, John Camp, funded an endowment at Johns Hopkins for advanced brain cancer research.